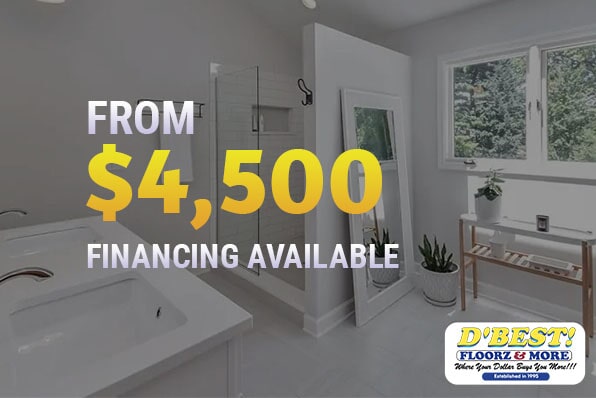 Why vanities and countertops are key to a bath remodel

The bath might be small but it’s just as important, if not more so than any other room. We often take it for granted.

It sets the tone of the entire house; for example, when you include accents, such candles or artwork when you remodel, you’re highlighting the atmosphere you want to establish for the rest of the house.

It’s also where one starts and ends the day. It is a sacred space, the one-room where everyone knows they can’t barge in.D'Best Floorz & More is a family-owned-and-operated business that, since 1995, boasts of a roster of over 55,000 satisfied customers.

Our history is not only interesting, but it will show you our fast level of success: We originally began as a carpet cleaning service, but expanded in three years to include an inventory of flooring. Then we expanded even more several years later, opening five locations and adding services like the kitchen and bath design. Visit our showroom in Orlando, FL.

We service all of Central Florida, including Orlando, Winter Park, Kissimmee, and Cocoa Beach. Our estimates are free, and we do them virtually; text us a photograph of the room and include pertinent facts, such as square footage.

We’ll text you back with an estimate within 24 hours.

There are many materials but, as fabricators, we can tell you that granite is by far one of the most popular. This stone imparts a feeling of luxury, elegance, and glamour and automatically elevates any design level.

Since every slab comes from Mother Nature, it has different veinings and colorations so you’ll never have to worry about someone having the same thing. 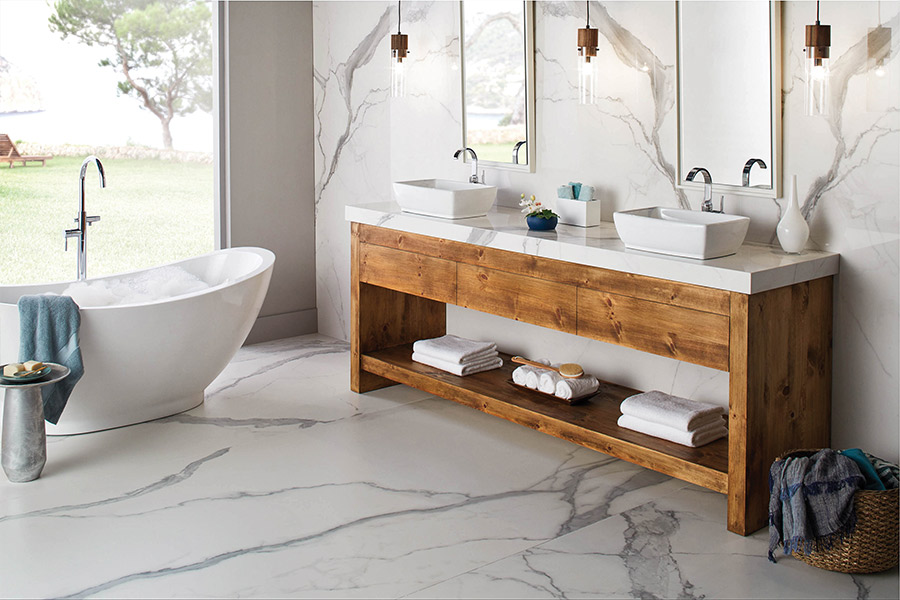 Functional as well as beautiful

Granite is an ultra-hard, dense igneous rock. Although granite is available in different thicknesses, the average is 3/4′′ thick and13 pounds per square foot. It can last as long as 30 years with proper maintenance and periodic sealings.

It’s scratch-resistant; if you were to cut on it, the countertop wouldn't be damaged, but the knife would. It’s also resistant to heat, a benefit especially for this room where curling irons, hairdryers, and flat irons can be left on absent-mindedly. If you’re considering a bath remodel, call us and speak to one of our fabricators.